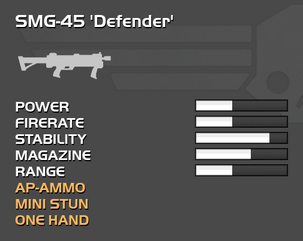 "A low calibre, rapid fire weapon that is compact and easy to handle. The Helldiver's mobility while aiming is higher when using this weapon."
- Armory Description