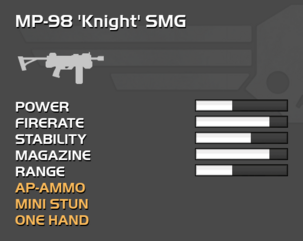 "With the highest rate of fire in the arsenal, this weapon is often used by the defence ministry on Super Earth for rapidly incapacitating groups of wrong-thinkers."
- Armory Description